Benson, N.C. – Coming off his big win in the Cumberland County straw poll, Johnston County Conservative DeVan Barbour outraised every other candidate in the crowded NC-4 Republican primary, according to campaign finance reports released Monday. Barbour raised over $160,000 in the fourth quarter of 2021.

“The support throughout the 4th district has been overwhelming and we’re just getting started,” said Barbour, a small business owner and political outsider who was born and raised in Johnston County. “This district is desperate for a conservative who will take the fight to Washington and save the American way of life before it’s too late.”

Stay Up To Date! 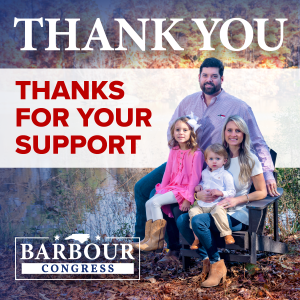